We wanted to give a huge thanks to everyone who made last night such an incredible success! Everyone’s generosity and willingness to donate to the Charlotte Rollin’ Bobcats far exceeded our expectations. We were also extremely impressed with the turnout, especially on a Wednesday night!

However, the most exciting part of the event for us was that two of the six items were won by actual members of the Rolling Bobcats! Paul Stewart won the Charlotte Hornets inaugural season ticket and Mackenzie Hitt won Al Jefferson‘s game worn and autographed size 18 shoes!!

Also, a huge thanks to Fitzgerald’s Charlotte for providing us with the venue. They were so impressed with the turnout they want to do future events and make their bar the “official Charlotte Hornets bar”! 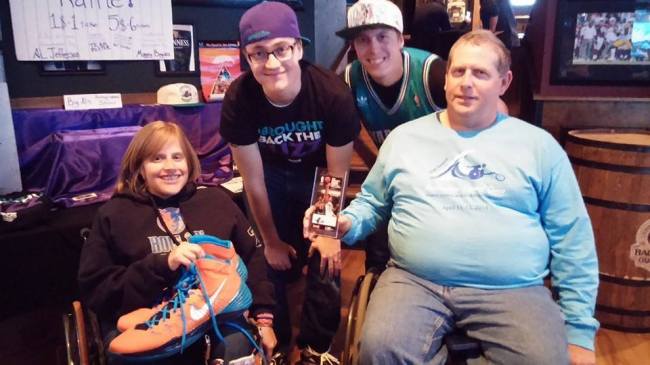 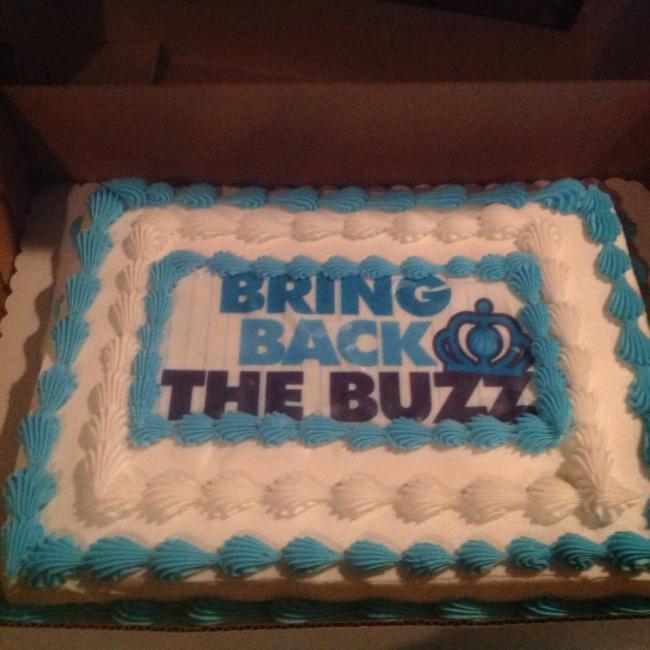