*Deep Breath* OK, so you don’t want the former Eastland Mall location to become the home of a MLS stadium. let’s call this like it is. You don’t want the stadium to be in East Charlotte and you want to have it in Elizabeth neighborhood because you are scared of the boogieman that writers and news stations in this city created.

Sure, I get it. Put it at Memorial Stadium and you’ve got some pretty skyline pictures for Instagram but you are effectively cutting off the largest potential market for this team in Charlotte. You will get the rich kids from south Charlotte and their families who pump thousands of dollars a year into their kids club teams BUT you will make it practically inaccessible to some of the largest soccer fans in this city.

I love this city but people need to get over the fear of leaving their own zip codes. I fell in love with soccer playing in the parks of north and east Charlotte. In no part of this city will you find more people playing the beautiful game. One of us was a teacher and soccer coach for a school in East Charlotte and let me tell you that the love for soccer in that area puts our love for Hornets and Panthers to shame. This boogieman that was created destroyed not only Eastland Mall but stunted the growth of that entire part of the city and for years the city and media has done nothing to rectify that. 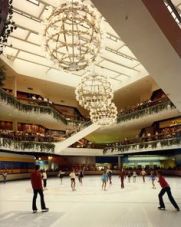 Here is your chance to make amends and bring life back to a very under appreciated location. 10-15 minutes from uptown, smack dab in the middle between north and south Charlotte, lots and and lots of space to make it happen, a strip that already has the foundation for business and a place that everyone has been watching and waiting for years to see what the city was gonna do with it.

Yea the MLS may want a stadium uptown but we all know that is not the right location for it and if you put the stadium in Elizabeth you may as well call it the South Charlotte MLS team. It’s time to put some money in other parts of the city that we have been grossly neglecting for years. As far as Memorial Stadium I think we have done our fair share of tearing down historical locations in this city, it is time to pump the breaks for a decade.