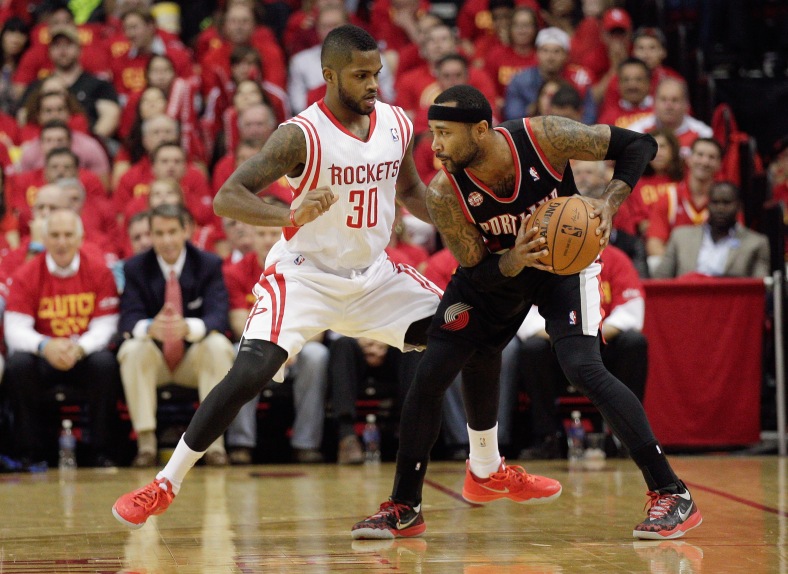 On Tuesday, Adrian Wojnarowski from Yahoo! Sports was the first to report on Charlotte’s trade sending Gary Neal and a second round pick, for  guards Mo Williams and Troy Daniels. Now on the surface it seems like a trade that doesn’t move the needle much, but in fact it could be very important.

Any Hornets fan who has consistently watched games this season couldn’t help but to be frustrated by Gary Neal. He is a shooter who was struggling to shoot. Neal shot over 40% last year from three, and was shooting an underwhelming 28% this season. Gary has always been a guy that Coach Steve Clifford has been high on. He always talked about how the then Bobcats offense improved from near the bottom of the league up to about league average when Neal was acquired from Milwaukee last season. After the trade Tuesday, Clifford had these comments about Neal:

“He to me is a terrific offensive substitute. He can come in just like he did in San Antonio where his numbers were very efficient and he scored close to ten a night. What happened to him here as much as anything is, if you watch the film closely, he was treated as a primary scorer here once he got going early on in the year. He got more attention many nights than anybody else did except for Al and Kemba. So when teams commit to taking a guy like him out of the game, he just doesn’t have the room to play.”

The Hornets are a very limited team offensively, that is no shock to anybody. It is like watching a team from the 70’s. There is very little floor spacing in the starting lineup, and the bench isn’t much better. A bench unit that features Brian Roberts, Lance Stephenson, Gary Neal, Marvin Williams and Biz/Maxiell doesn’t have a ton of offensive talent and shot creating ability. Teams notice that Gary is the best of that group at creating his own shot, and they aimed to shut that down. Gary also was a defensive liability on a nightly basis and often gave up more points than he was creating. If he finds the right team where he isn’t a number one option on the floor, he can be a real asset.

What Charlotte acquired however, should be an upgrade. They are getting a veteran point guard in Mo Williams who can shoot and run an offense effectively. Williams is a career 38% three-point shooter who should slide nicely in the second unit. Williams is obviously insurance for injured Kemba Walker who underwent knee surgery on January 28th. Mo is known as a scorer, which is something the Hornets desperately need. Williams went off for 52 points earlier this year against the Pacers, and is a player with valuable playoff experience that he can bring to the team. Now I find it interesting to see how he and Lance Stephenson fit together. Mo, like Kemba, is a ball dominant point guard, and Lance is also a guy who needs the ball to create offense. It will be interesting how Coach Clifford uses them together. I personally think that you can give them both possessions handing the ball, and Mo would be a great off ball catch and shoot type of guy. It will be interesting to see how well Mo plays, and if he plays well enough, I think he will surpass Roberts as the backup point guard when Kemba comes back.

Charlotte also acquired Troy Daniels, who was undrafted in 2013 and actually on the Bobcats 2013 Summer League team. He is a 6’4 shooting guard who really can shoot. He only shot 32% from three in Minnesota, but he only averaged eight minutes per game. However, during last years playoffs with the Houston Rockets, Daniels came off the bench and really contributed, averaging 7.8 points in 17 minutes while shooting 53% percent from three. In the D-League for the Rio Grande Valley Vipers, he was an All-Star who shot 40% from three and averaged 21.5 points per game. He  actually broke the NBA D-League record for 3-pointers made in a single season with 153 and also tied the NBA D-League record for 3-point field goals made in a game with 10. He isn’t however more than a shooter. Daniels isn’t a great ball handler or defender, but he does have one valuable skill, the ability to shoot. Now I don’t think he will crack the rotation with shooting guards including Henderson, Stephenson, and Hairston, but he can be decent cheap injury insurance and could come in a game and hit a couple threes.

All in all, I think this trade is a win for the Hornets. They trade an expiring contract in Neal for an expiring contract upgrade at a needed position in Mo Williams. They also trade a second round pick they acquired in the 2014 draft trade of PJ Hairston for Shabazz Napier, for a guy in Daniels who is young and has some potential. Mainly, the Hornets have another point guard to use with Kemba’s injury which takes Lance Stephenson off the point. The main thing that Steve Clifford stressed in a couple post trade interviews was having the ability to put players back at their natural position, and not have non-point guards like Stephenson and Neal having to run an offense. This should improve the Hornets chances of sneaking into the playoffs and it doesn’t hurt the team long term, which is something GM Rich Cho wanted to avoid.