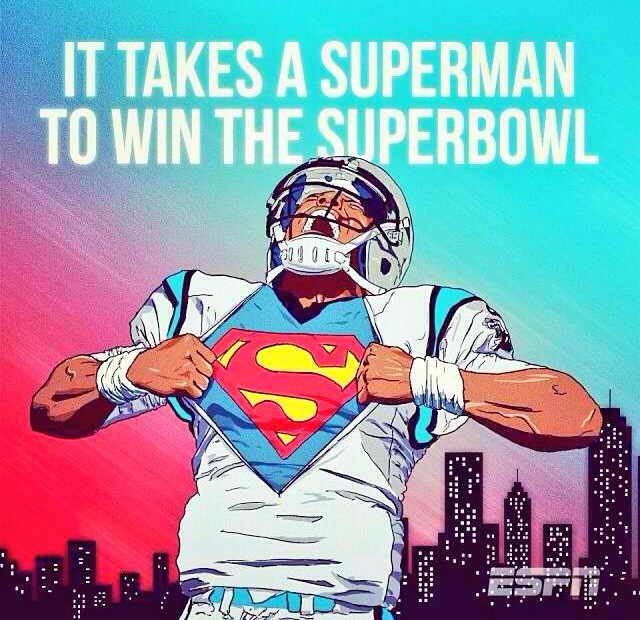 I realized in my youth that there is obviously something wrong with Scotty and I. We are addicted to the idea of having dynasty franchises in Charlotte for both the NFL & NBA. We don’t just mean Championships. We want visiting fans to have to wear sweatshirts over their jerseys when they come to games out of fear of being jeered at if they brandish them proudly. This leads us to our main point.

I don’t know if we forgot what playoffs are like or people are afraid of getting their hopes up but I’m seeing more “Panthers Fans” saying the Panthers aren’t going to win then all other teams fans combined. WHAT IS THIS?

I understand being critical of your team during the season and if your team didn’t make the playoffs. What I don’t understand is when your team has finished 12-4 and has a first round bye in the Playoffs and someone says “we won’t win the SuperBowl because Cam is not consistent enough. I’m just being realistic!”

To Hell with “realistic”! I’m gonna be unrealistic! I’m gonna let the blind ambition of a fanatic carry me as deep into the playoffs as these Cardiac Cats will take me!

Fanatic- A person marked or motivated by an extreme, unreasoning enthusiasm, as for a cause.

No one pictured Jake Delhomme taking us to the SuperBowl the first time he stepped into the huddle in that season of hope! We have witnessed miracles before Panther Nation and we have never deserved one more than right now! So put down the cheese and wine, pick up a Prowl Towel and support your team because damn it we are only two games away from the SuperBowl!