I can be excited about Graham’s start to this season and how he’s expanded his game with Kemba’s departure and hate the CHA abbreviation. I can be pissed about our lack of defense, Batum taking time from Cody, etc. and want a good brand.

The thing is the only time in recent history I have felt like we have done a decent jersey for the brand were the first 2 Buzz City jerseys. Beyond that we have been very bland and safe with a brand that was iconic for being bold and original. Our brand is very much a part of who we are as a culture and I’ve felt like we’ve come up short recently and it especially ticks me off when it’s bland on something we call our “city edition uniforms” 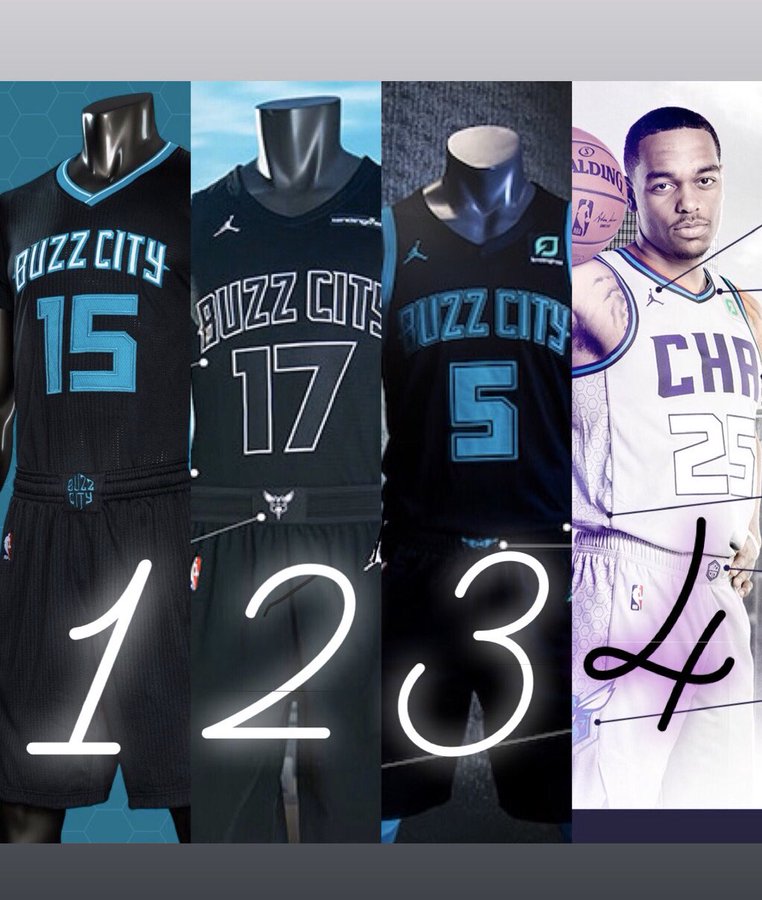 Flashback a couple months and the Hornets unveiled the purple CHA jerseys to a very “wtf” reaction. The almost unanimous reaction inside the city of Charlotte was “Who the hell is CHA?”. “Chattanooga?”. “Uhhh We are CLT not CHA.” and they were even made fun of by people who live in the city who aren’t even fans of the team.

Did the Hornets take note? Did they go back like the producers of the Sonic the Hedgehog movie and think “hmm maybe the fans know what they want better than we do?” No. They doubled down on the asinine, laughable abbreviation of our city name. Cus they think they know better and fans are gonna have to drag them kicking and screaming to make the right decision and honestly make them money like we did with the Hornets name. The point of the city edition jerseys is to draw inspiration from the city or region you are located in. What design elements here tell the story of our region? The only part is CHA and it ignores what the city has been using for over 50 years. And why is the Jordan logo a part of the city edition explanation? Here’s their breakdown…

“BUt guyS It’S beCAusE tHe bRoADcaSt aBBreViATiOn Is CHA”

A spokesperson for the NBA tells me there is no rule prohibiting the Hornets from having CLT on their uniforms. The team opted for CHA @wsoctv pic.twitter.com/x7qEvCthjk

This lie that we somehow have to use that abbreviation because it’s our broadcast abbreviation is complete BS. Somehow we played Brooklyn the other night and look at what these rebels managed to sneak on the floor wearing..

I mean this can go on and on.

We are wearing this abbreviation because of Jordan brand knowing that they could make money of the teal and purple brand just took the broadcast abbreviation instead of doing 10 seconds of research and realizing we go by CLT. So in the Hornets organization’s infinite wisdom they felt like they could make CHA a thing and stuck with it.

Wouldn’t be the first time we used somebody on our brand who didn’t take the time to appreciate the importance and didn’t take the time to do the research. In 2014-15 Jordan Brand approached a graphic designer on behalf of the Hornets to carry out the design of the new logo. On this person’s website once they had completed the project had our Bring Back The Buzz concept hornet logo (below) listed as the “Before” hornets logo. .

We didn’t care about our logo being on his website but it was the lack of research and to put the rebrand in the hands of a designer who didn’t know the difference that is clear to any slightly competent Hornets fan. This designer worked in collaboration with a company called Rare Design who is still involved with our team’s branding to this day. On the left is our jersey concept that our designer made. On the right is the wordmark they created.

The following year this company went down to Atlanta… The closest NBA city, our 85 rivalry and literally copied their own homework.

It's so obvious the same graphic design company did the @ATLHawks redesign after the @Hornets rebrand. pic.twitter.com/dUJSH33wP3

“I created a range of hornet icons which strived to balance an approachable, team-sports look with the simplicity and fierce aura of the Jordan Brand aesthetic”

We are basing the Hornets brand off the Jordan brand?! WHY?!?!

One often gets the feeling that the Hornets brand is becoming second fiddle to the Jordan brand as each announcement, advertisement or co-branded release comes out the Jordan logo gets bigger and bigger and sometimes comically larger than the Hornets logo who is supposedly the headliner.

I just feel like we are playing it safe in order to appease Jordan Brand and Nike rather than being the trendsetters we became known as across the world.

I don’t even hate the gray. I hate the tone deaf CHA and the uninspired design. I hate this assumption that it’s just about teal and purple and we’ll buy it. I hate that we took something beloved and cherished by the fans and turned it into something as mediocre as the play has been on the court for the last 15 years.