I was feeling a little under the weather on Sunday, so I didn’t get this written when I wanted. But I’m sitting here now soaking in a Panthers win and ready to talk about the Hornets!

Even though the Hornets played only 2 games this past week, they still managed to make it the most frustrating week of this season, so far. They had two roads games and got up big in both of them, yet still managed to find a way to lose them both. If the Hornets are serious about contending this year, then they better figure out how to win those games, and fast. With that being said, there is a long season ahead of them and this week offers a chance to bounce back, so let’s get on to some scouting.

Kemba Walker and the Hornets versus LBJ and the Cavaliers at the Hive on throwback night! What more do I need to say to get you hyped for this matchup? This is the Hornet’s first matchup of the season against the team that has represented the Eastern Conference in 3 straight Finals. They also are supposed to get Batum back in this game, which hopefully can act as a catalyst for the Hornets to propel their record above .500. The teams met 4 times last season, with the Cavs sweeping the season series.

The Cavs and their struggles have been one of the biggest storylines from this young NBA season. They have some decent wins against the Celtics and the Wizards, but have struggled immensely against some of the worst teams in the league like the Hawks and the Nets. They will come into this matchup with the Hornets 4-2 in their last 6 following their win on Monday v. the Knicks at MSG.

It all starts with LeBron. The last few years, LeBron has been satisfied being more of a facilitator and letting the offense come to him, but with the team’s struggles, he has been in attack mode. He currently leads the team in points, assists, blocks, and steals per game. Outside of LeBron, the next guy up is Kevin Love who is current4ly averaging a double double of 18.5 ppg and 10.8 rpg. With Thomas still out, the team has been relying on D-Rose who is averaging 14.3 ppg, but only 1.7 apg. Also worth noting, Dwayne Wade is averaging less than 9 ppg on less than 40% shooting. There are a lot of household names on this roster, but most of them have already put their best years behind them, which might explain some of the Cavs struggles this year.

One Positive for the Hornets: 112 Def RTG

The Cavs are the worst defense in the league bar none. They have struggled to stop anyone and that is the main reason that they are still under .500. Hopefully the Hornets can take advantage of the Cavs defensive rating of 112 and put up a lot of points.

On the other side of the ball, the Cavs excel at pointing up points in a hurry. Their offensive rating of 108.9 is the third highest in the league and could give the Hornets some trouble if they aren’t locked in. 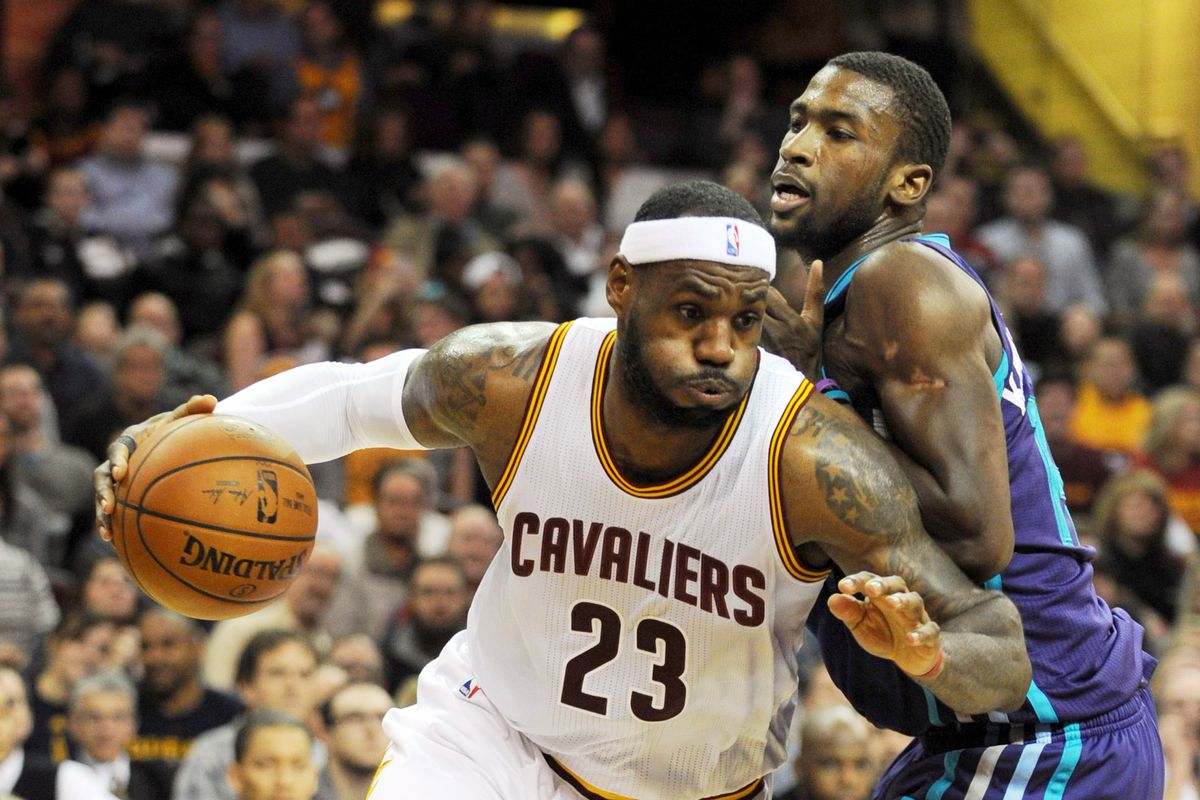 (Image from At The Hive)

LeBron James v. Michael Kidd Gilchrist. One of the main reasons that MKG is on the roster is due to his defensive prowess, and Wednesday will be his chance to prove that worth. In matchups in the past, MKG has struggled to slow down the King, but if he can force him to be a jump shooter, then he might be able to slow him down.

With the Cavs coming to town, an appearance on national TV, the return of a key player, and the Hornets wearing their throwbacks for the first time, there should be plenty of excitement in the building on Wednesday. Hopefully the Hornets have used their longer rest to prepare for this game, and can really give the reigning East champs some trouble. 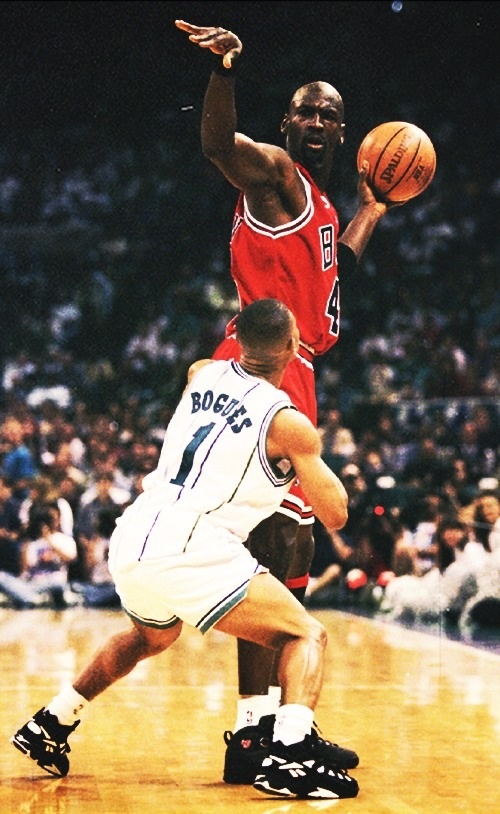 The Hornets will follow up their meeting against the Cavs with another Central Division matchup, this time against the Bulls. Last year, the Hornets won 1 out of their 3 match ups with the Bulls. The Bulls lost a lot of talent this offseason though, and the Hornets hope to have a better record against them this season.

The Bulls were expected to be one of the worst teams in the league this season, and it is safe to say that they have no disappointed. They have wins against Atlanta and Orlando, but other than that have come up empty. They have a matchup Wednesday against the Thunder on the road before traveling home to face Buzz City on Friday.

Where to begin with this roster? Their best player, by a mile, has been Bobby Portis, but with a sample size of only three games, who knows how long that will continue. In his limited action, the Bulls big man has 19 ppg and 10 rpg, while shooting almost 50% from the field. Beyond Portis, the Bulls have Lauri Markkanen, Robin Lopez, and Justin Holiday all averaging around 14 ppg. They also will be getting Mirotic back from injury following his fight with Portis during preseason, so it will be worth keeping an eye on his performances as he gets back into the rotation.

The Bulls have been bad in all aspects of the game. Their struggles are evident in their league worst Net RTG of -12.4. The Hornets are going to be the favorites in this game and should take care of business.

One Negative for the Hornets: 81.3% DREB

The Hornets are top 5 in the NBA in defensive rebound percentage, so there are few teams that are better than them in this category, yet the Bulls are one of those teams. They are currently 3rd in the league with a defensive rebounding % of 81.3, meaning that the Hornets will not have many second chances on offense.

Marvin Williams and Dwight Howard v. Lopez and Portis/Markkanen. The key matchups in this game are going to take place in the paint. All three of their leading scorers are PF or Centers and 4 of their top 6. If Marvin and DH12 can find a way to limit their effectiveness in the paint, the Hornet’s guards should be able to feast on the inexperience players on the Bulls.

This is an extremely winnable game for the Hornets coming off a day of rest and they should be able to take care of business. If they have high intentions this year, then this is a must have game.

Following their Friday matchup with the Bulls in the Windy City, they will travel home to take on the Clippers at home on Saturday. This is their first matchup of the season against LA and they look to improve on their 0-2 record from last year.

The Clippers have been one of the perennial playoff teams in the NBA over the last few years, but are off to a rough start this season at 5-7. They started the season off with 4 straight wins, but have only won 1 in their last 8 and have severely struggled. They open the week against the 76ers on Monday night, but then don’t play again until they travel to Cleveland on Friday. That matchup could be a tough one for the Clippers and hopefully will leave their team a little more worn out before this matchup on Saturday.

With Chris Paul gone and DeAndre Jordan underperforming so far, this is undoubtedly Blake Griffin’s team. The PF has responded well to this role and is averaging 22.6 ppg, 7.9 rpg, and 4.7 apg. He is the guy who makes this team tick and has been instrumental in everything they do. Another player who is off to a good start for LA is SG Lou Williams. He’s averaging 16.4 ppg with 45% FG and 36% 3FG. Jordan is doing his usual job of dominating the glass to the tune of 14 rpg, but to go along with that, he only has an average of 10 points and 1 block per game.

One Positive for the Hornets: 37.2% 3FG Defense

The Hornets are middle of the league in 3-point shooting, but this matchup might give them a chance to get some open looks from the 3-point line. The Clippers are in the bottom 10 in the league at defending the 3, and allow their opponents to shoot 37.2% 3FG.

One Negative for the Hornets: 45.9 RPG 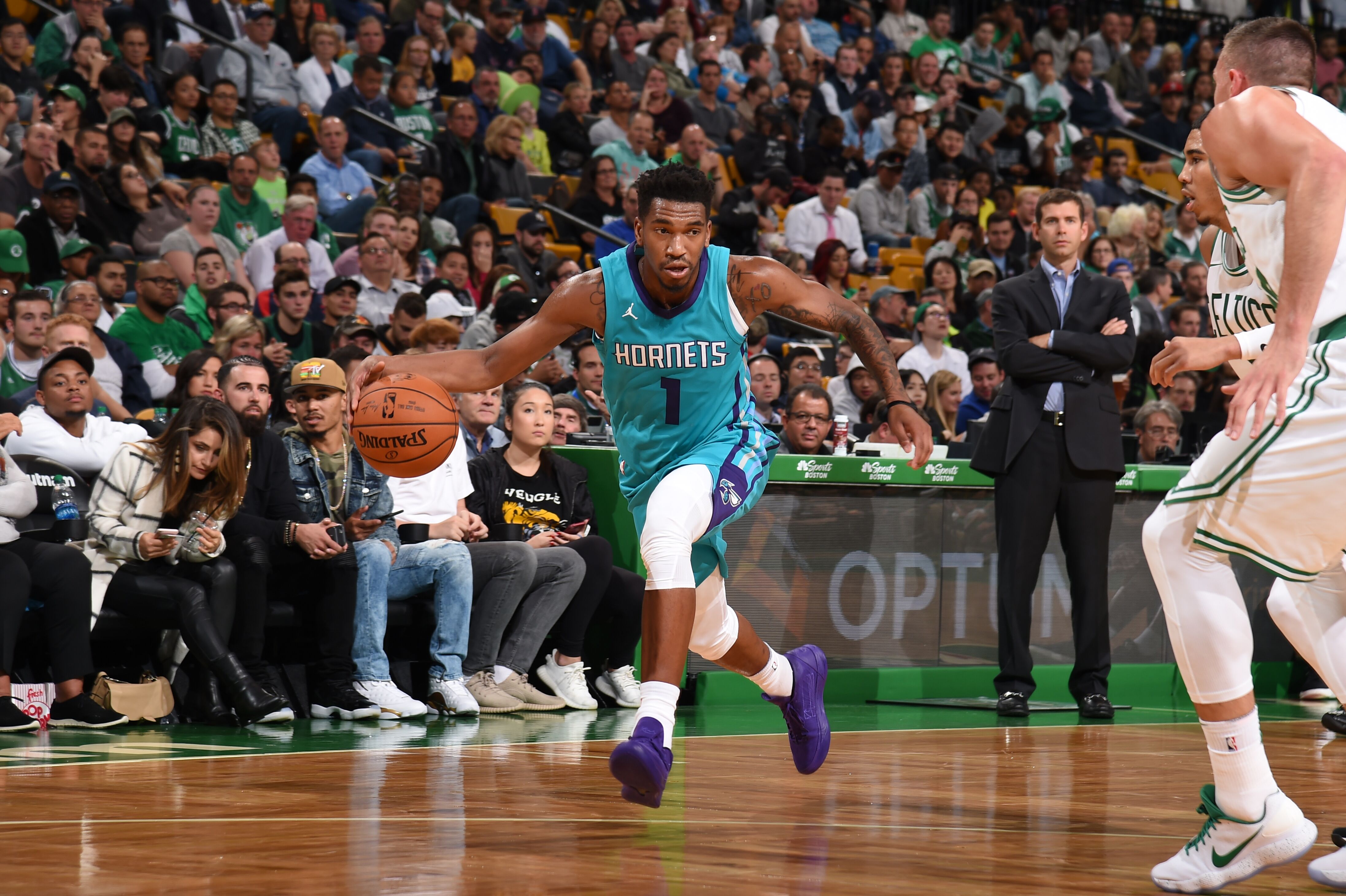 (Image from Swarm and Sting)

Bench Units. One of the most important matchups in this game is the way that the Hornets bench unit will perform against the Clippers second guys. The Clippers bench is lacking in scoring options behind Lou Williams, so the Hornets need to take advantage of this lack of punch and use the time that Kemba and DH12 and others are on the bench, to extend the lead.

This is another one of those indicator games for the Hornets this season. The type of games that they have to find a way to beat teams that are on about the same level as them if they want to make the playoffs. With both teams coming off a back to back, except a slightly sloppy game where the benches play a bigger role than usual.

Predictions for the Week:

My predictions last week were not great. I correctly predicted the loss against the Celtics but missed the game against the Knicks. If the Hornets could close out a game, they would’ve gotten both wins this week, but obviously they didn’t so hopefully this week will help them move on and get somemore wins.

W v. Cavs: Taking a risk here, but I believe that the excitement surrounding this game will help the Hornets pick up a big win.

W @ Bulls: Chicago is arguably the worst team in the league and the Hornets will win this one.

L v. Clippers: I think Blake Griffin and the Clippers will take this one in Charlotte to end the week 2-1.

A bounce back week for the Hornets that ends 2-1. Have a great week everyone!