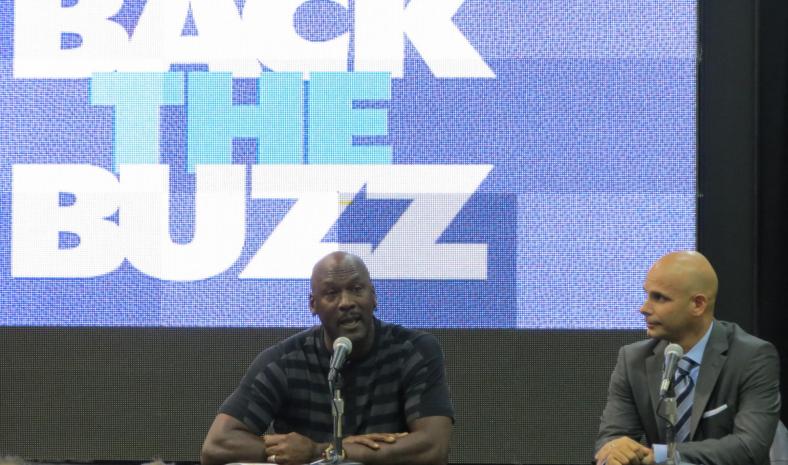 Had the fortunate opportunity to hear our friend Pete Guelli (EVP, Chief Sales and Marketing Officer of the Charlotte Hornets) talk this morning about the re-brand/marketing of the Hornets and the overall future of the franchise.

It was really enlightening to hear about how much good Jordan has done for the organization since he took over ownership. Bringing in guys like Rich Cho and Pete has really set us up for long-term success on and off the court.

Think about the situation we were in with Bob Johnson and how slowly we’ve crawled ourselves out of a very deep hole. When these guys were brought in by Fred Whitfield and Jordan they took on the long arduous process of not only trying to put a good product on the court but also trying to create a brand that this city could be proud of… and let’s be honest. They had a huge hill to climb with a Bobcats brand and a 7-59 team.

You’re talking about guys like Cho, who have achieved feats like taking Corey Maggette and Ben Gordon and slowly trading a paper clip into a Porsche for Nicolas Batum. A player 5 other teams reportedly were willing to pay a max deal for this past off season and we got him for 5 years AND 30 million dollars less than he was reportedly being offered.

This is where a guy like Pete comes in. Not only did he help bring the Hornets name back, but he is in the room with these free agents when we are pitching our team, market, and brand to them. He helps us keep guys like Batum, Marvin, Kemba, and MKG for bargains. Simply because he can sell them on what we are building here…..Which with this core is CONSISTENCY. It feels like a strange word to say in association with this franchise but look at the Coaching staff and our core. A good deal of teams at the beginning of this season will be scrambling to find their identity, this is a common issue when major pieces are moved, luckily for us, we won’t have that problem.

Some pessimists and frankly impatient people are screaming “THE SKY IS FALLING” simply because they are looking at the roster and don’t see a superstar. However, look at those contracts. 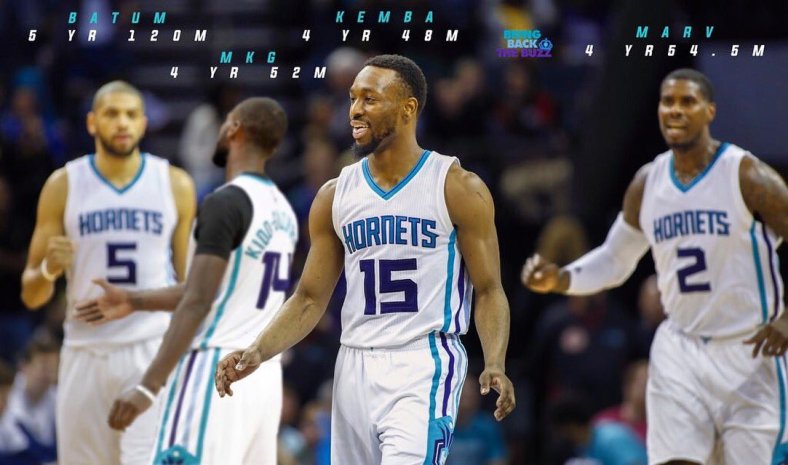 I see the most consistent player on our team last season in Marvin, I see a PG that is still climbing in potential (coming off an All-Star caliber season), I see one of the best defensive players in the NBA and Batum… a guy that 5 other teams offered a max contract to…. they are all good players.

THEN… look at the available players in next years free agency when the Cap space will be going up again and we don’t have to worry about signing these guys back… There is a reason patience is a virtue.

We often complain about this franchise and in the past, we’ve had very good reason to but we encourage you not to let the mistakes of the past sway your optimism for the future. Times are changing and individuals who can be trusted are now in control. We are not saying be blind sheep but do have a little faith in the process. After having sat down with both Rich Cho and Pete Guelli we have to say…these guys have our endorsement.