Sunday afternoon the Hornets will tip off their playoff series with the Miami Heat. Charlotte is currently 0-8 in the playoffs since their expansion into the NBA in 2004. Four of those eight losses came at the hands of the Heat during their sweep of the then Bobcats in 2014.

A lot has changed since that series; a new name, court, roster and atmosphere. The modern Hornets are trying to continue the winning ways of the 90s’ Hornets; from 1992-2002, they made the playoffs seven times.

The Heat, Hawks, Celtics, and Hornets all finished with the same record of 48-34, but due to tiebreakers, Charlotte fell to the six seed. The season series is also a draw, as each team went 2-2 against the other. In their last meeting on March 17th, Charlotte picked up an impressive win in Miami. The Heat fell 109-106 in one of the best games played by the Hornets this season.

One of the biggest keys to winning this series is controlling the paint. With Miami’s big man, Hassan Whiteside, roaming the low block; it will be crucial to find the right match ups. The center averages a double-double whilst adding 3.7 blocks per game, a league high. 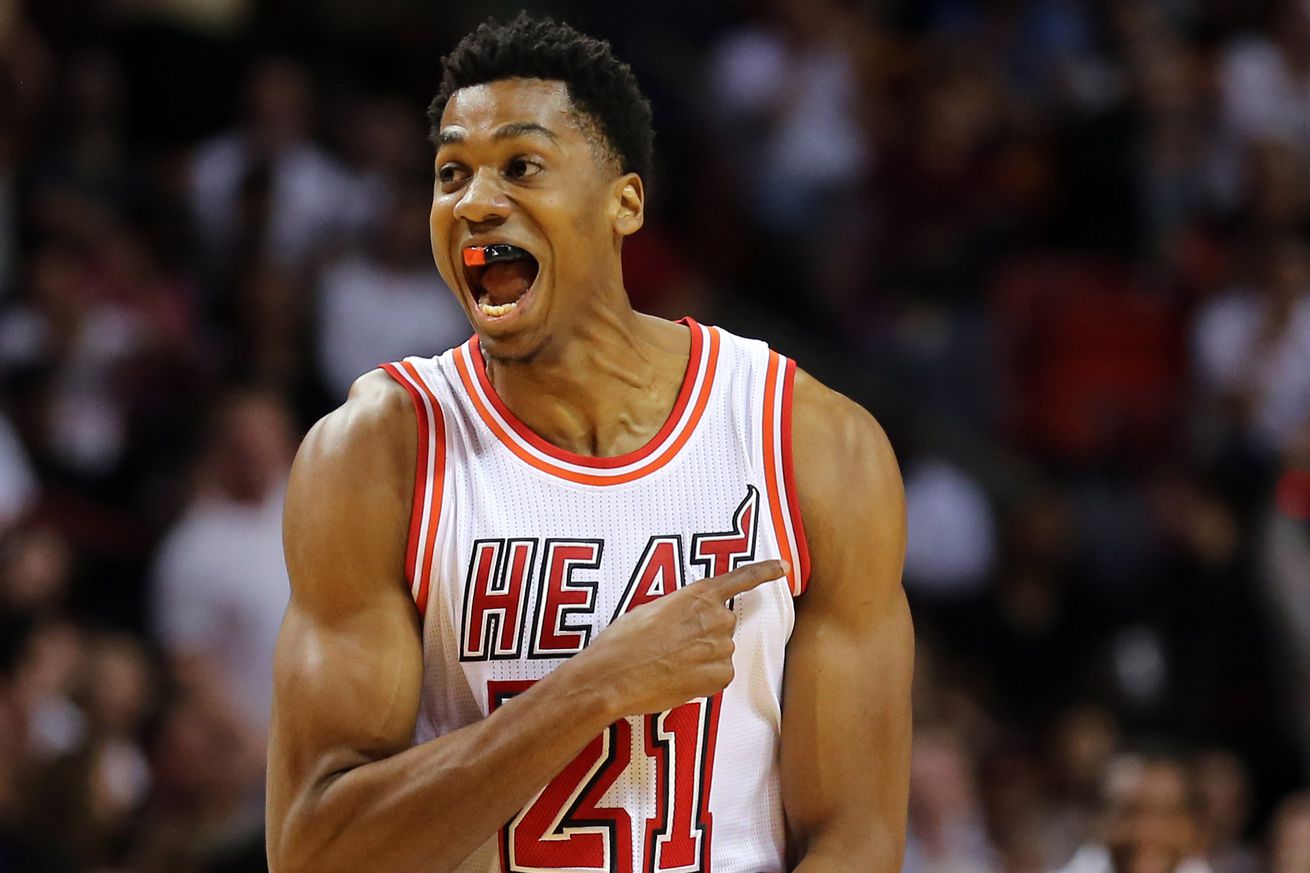 The job of guarding Whiteside will mainly belong to Cody Zeller and Al Jefferson. Although Jefferson is not known for his defensive prowess, he makes up for it in his scoring ability. The last time the Hornets met the Heat in the playoffs, one of the reasons for the sweep was Jefferson’s foot injury that he suffered in game one. After dealing with injuries again this year and missing the middle of the season, Big Al is finding his groove again; he finished with 26 in the last game of the season against the Magic. If the Hornets want to win this series, limiting the Heat’s second chance points and boxing out are crucial.

“He’s a weapon and this is the healthiest he’s been in 2 years.” Coach Cliff on Big Al heading into the playoffs pic.twitter.com/h2iLtnUnCx

Although the Hornets don’t have any All-Star names like Dwayne Wade, they do have a roster full of players that can effectively contribute to the offense. Charlotte has players off the bench that could be difference makers; one of those players is Troy Daniels, who has seen increased play as of lately. The guard hadn’t scored in double digits since January 25th when he hit eight three pointers, including the game winner against the Kings. Daniels chose the right time of the season to heat up though; he’s scored double digits in three of the teams last four games. In those games, Troy has been especially hot from three, shooting a scorching 52%.

Also important off the bench is the play of Frank Kaminsky. The rookie seven footer should adapt to the playoff atmosphere smoothly after making a run to the National Championship game in last years NCAA tournament.  Frank’s defense will be tested going against Miami big men such as Amar’e Stoudemire. He has struggled against the Heat so far this year, but his length and shooting ability should help to stretch the floor.

Overall, if the Hornets just play the brand of basketball that they’ve played all year, Charlotte will pick up their first playoff win and have a good chance to win the series. I think the biggest key for the team is to just execute their game plan. Kemba Walker has made extreme growth as a player since his last playoff appearance and is ready to play a bigger role as a leader; in Walker’s blog he recognizes his growth saying

“I know that it helps that I’ve been here and had that first playoff experience though. That helped me a lot. I’m older and more mature now. A couple of years in the NBA counts for a lot. I can manipulate defenses better, so I’m ready for it. This was the goal at the beginning of the season and we accomplished it. We’re here and it’s been exciting. I lot of people didn’t think we’d make it to the playoffs this year – but we did. It started early in the season because we knew we could be a really special team. We’re here in the playoffs now and looking to make some noise. Everybody’s happy. Everybody is excited. We were all ready to get on this plane and head to Miami to play Game 1. It’s cool to get the chance to be on national TV as well, because we didn’t have that chance this season. It’s a new experience for us and we’re really looking forward to it”

Charlotte and Miami may have finished the season with identical records, but the better team will soon be determined. No matter what happens, the Hornets had a tremendous season and have great building blocks for the future.

Get hyped for the playoffs by watching this preview video

Join Bring Back The Buzz for the watch party on Sunday at 5:30 at Ales University