Yesterday Jordan announced in a press conference before the Draft Lottery that the Bobcats would be starting the process to switch over to the Hornets name. Shortly after the words left his mouth employees for the team came out to fans in the arena and handed out new season ticket deals decorated in Beeautiful fashion!

Shortly followed by these t-shirts 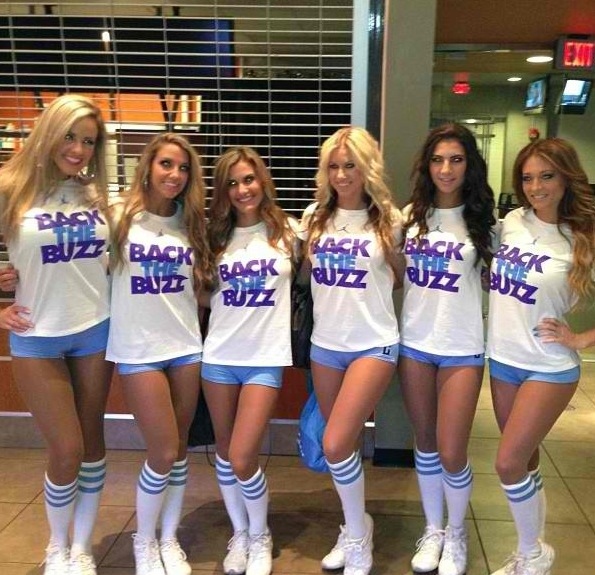 This was a dream come true for all the fans who showed up in their teal & purple!