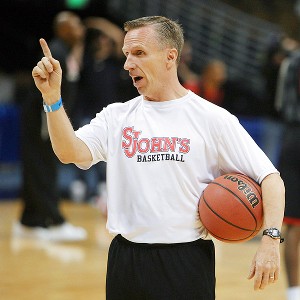 St. John’s University assistant Mike Dunlap will be the next head coach of the Charlotte Bobcats, sources told ESPN The Magazine’s Chris Broussard on Monday.

Bobcats president of basketball operations Rod Higgins said Friday the team was getting closer to making a decision on their next head coach. At the time, Higgins said two finalists in Pacers assistant Brian Shaw and Lakers assistant coach Quin Snyder had a second round of interviews that included Bobcats owner Michael Jordan. However, Higgins would not rule out the possibility of the team interviewing another candidate.

Dunlap has some NBA experience, having spent two years as an assistant coach under George Karl with the Denver Nuggets. And he served as the de facto head coach at St. John’s for most of this past season, as head coach Steve Lavin recuperated from prostate cancer surgery.

Dunlap will replace Paul Silas, who was not granted a contract extension after the team finished 7-59 this past season, the worst winning percentage (.106) in NBA history.

Information from The Associated Press was used in this report.