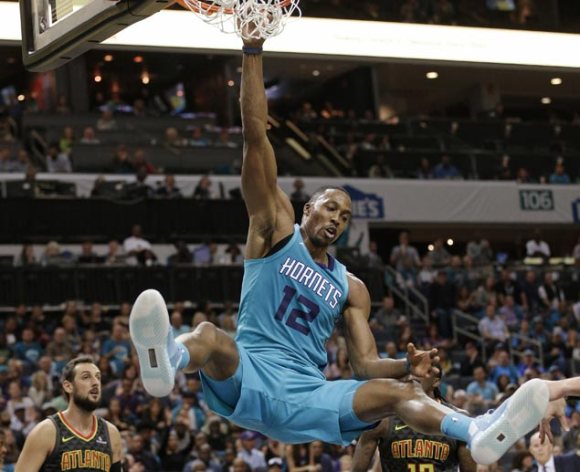 We are five games into the NBA season and we finally have a good enough sample size of the team to formulate our opinions on the 2017-18 Charlotte Hornets. The Hornets are currently 2-3 and have shown tremendous upside, while falling just short to a very good team in the Milwaukee Bucks with potential future league MVP Giannis Antetokounmpo. Through these first five games though, one thing has stood out: We are going to be one of the few teams to rely heavily on our big men. In a basketball era where every team wants to chuck threes we have accepted the fact that isn’t our identity. We haven’t been able to see Cody Zeller suit up but for one game this season so it is difficult to measure how he will mesh with Dwight Howard, but we do know he is not going to be a stretch center who launches threes. The big surprise though has been how well Frank Kaminsky has played during the absence of Cody, and how surprisingly well he has been able to fit alongside Howard this quickly. Howard himself has also been stellar early on, averaging 14 points a game to go along with 17 rebounds. Let’s dive into what kind of an impact these two have made thus far.

Dwight Howard has been dominant, to say the least. Howard has averaged 14 points and 17 rebounds, and not on bad competition either. Howard has been able to do this going up against Andre Drummond, Nikola Jokic, and Clint Capela who tailed 20 rebounds and 16 points against Joel Embid’s 76’ers. This is very promising and could be a sign Howard has finally found a place he is wanted and can be productive.  While I do not expect him to sustain this level of play I do think it is reasonable to think he will be able to put up these numbers every few games. The most important factor Howard brings us though, is his presence down low. I remember during the “revenge game” against the Hawks, Dennis Schroder took several drives past Kemba only to meet Howard and throw up a floater before getting close enough to attempt a layup. While this may seem small it plays a huge factor into each possession, it now becomes how to I get to the basket, and when I do how am I going to put it in? This leads to many mistakes, bad shots, and the occasional D12 swat whenever they forget about his presence.

The problem with working a guy like Howard into your lineup is the same as every player, turnovers. This is not because he can’t hold onto the ball or makes bad passes, as the majority of turnovers come from the team being unable to make the entry pass often forcing the ball into a space that isn’t there. Another issue that has hurt us to begin the season is the change of our team when he comes off the court. We have yet to find an identity for our bench unit as it still looks just as pitiful as last year. Hopefully this will change with the addition of Cody Zeller back into the lineup Sunday night against the Magic

Frank Kaminsky has been a totally different player at the start of this season, compared to last season. For the majority of last year, I did not want him to touch the ball or even be on the court. This season has been totally different, Frank has been very impressive and has sustained this level of play for more than just a few possessions. I am still very nervous to see him attempting to handle the ball, but he hasn’t given me a reason to yell at the TV incessantly…yet. If Frank is able to continue this level of play I will definitely consider erasing how he performed last year from my memory. As long as he doesn’t fall back into his poor habits of taking bad shots and playing bad defense he should be able to find success the rest of the season.