After a slow stretch, the Hornets are starting to build momentum, winning four of their last five games. The team has managed to do so even with injuries to Cody Zeller, Nic Batum, Al Jefferson, Michael Kidd-Gilchrist, and Jeremy Lamb.

Charlotte’s first stop on their four game Western road trip was to Sacramento to visit the Kings. The last meeting between the Kings was November 23 in Charlotte, a game which the Hornets took in overtime. 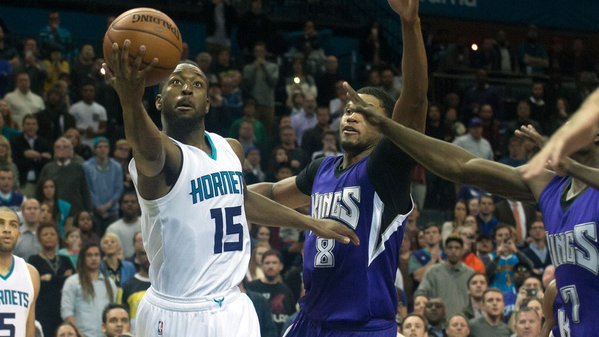 The game didn’t look too promising as the Hornets found themselves down by 15 at the end of the first. But the team found their way back, led in scoring by Troy Daniels, Kemba Walker, Marvin Williams, and Jeremy Lin, all of whom had over 20 points. It was also an impressive night for Spencer Hawes, who has stepped up lately, he had 18 while going 4-5 from three.

The end of the game was interesting for the Hornets because of the mass foul trouble DeMarcus Cousins had gotten the Charlotte big men in. Marvin Williams, Spencer Hawes, and Tyler Hansbrough  all fouled out. In overtime and double OT, the Hornets had to run one of the smallest lineups I’ve ever seen them run. The five on the floor featured Kemba, Jeremy Lin, Troy Daniels, P.J. Hairston, and Frank Kaminsky.

At the end of the fourth, the Hornets took a five point lead on Kemba free throws that was quickly washed away by a DeMarcus Cousins dunk and a Rudy Gay layup. With five seconds left, Cousins made two free-throws to put the Kings up by one. The Hornets got the ball back with a chance to win, Kemba drove to the basket, and draws a foul with .06 seconds left.

Two free throws. Kemba makes both, and it’s game over. Previously to those free throws, Walker had made his last 32 of 35 FTs. He made the first, but unfortunately could not convert the second, which sent the game to overtime.

At the end of the first overtime, the Hornets had another chance to put the game away. Kemba drove to the basketball, but was blocked by Cauley-Stein with one second left. The Kings inbounded the ball, but turned it over, giving the Hornets yet another change, but Kemba was unable to get off a good shot.

In the second overtime, Rudy Gay was fouled while shooting a three. He then missed two of his three free throws due to his eye barely being open.

After fouling out three Hornets, Cousins finally fouled out in the second overtime. This was big for Charlotte as their biggest player on the floor was Frank Kaminsky.

With 12 seconds left, the Hornets were down by two with the ball. On the inbounds play, Troy Daniels catches the pass and immediately throws up a shot. At first I was wondering why he would shoot that early in the possession, but then he drained it!

The Kings didn’t have an answer for the ice cold Daniels. So Hornets win! 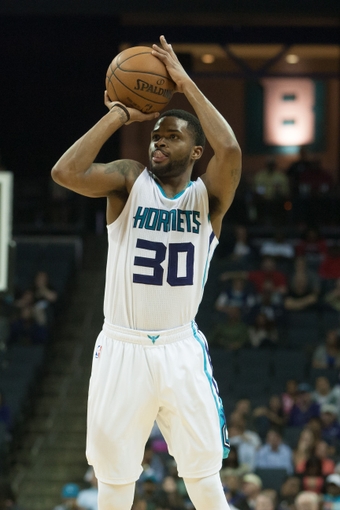 Although I’m thrilled the Hornets pulled off the win, you have to pay respect to Boogie for his monster game. The man just could not be stopped by anything, other than 6 fouls. Cousins finished the game with 56 points and 12 rebounds. DeMarcus has 104 points in his last two games. Also, Rajon Rondo finished the game with 20 assist.

Coming up, the Hornets have three more games on their west coast trip. Wednesday night the team will travel to Utah to take on the Jazz. The Hornets need a win to get back to .500.