“I’m a little upset with myself right now,” that’s what Kemba Walker told Stephanie Ready following his 52 point performance against the Utah Jazz. Kemba was talking about not taking advantage of opportunities to end the game before it reached double overtime. That quote summarizes the mindset of the young guard Walker, always striving for improvement and to become a better player for his team.

Kemba’s 52 points are the most ever put up by a Charlotte player, breaking Glen Rice’s previous record of 48 points which he set in 1997.

The Hornets needed Kemba’s performance to help them get only their second win in the last ten games.  To go along with his 52 points, Walker also had 9 rebounds and 8 assists. 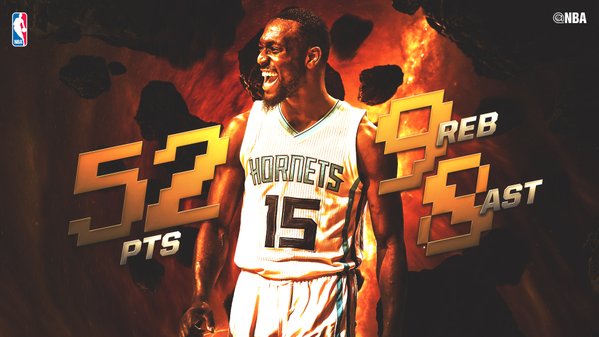 Only four players this season have had a 50+ point game, Kemba joins elite company in the 50 club. 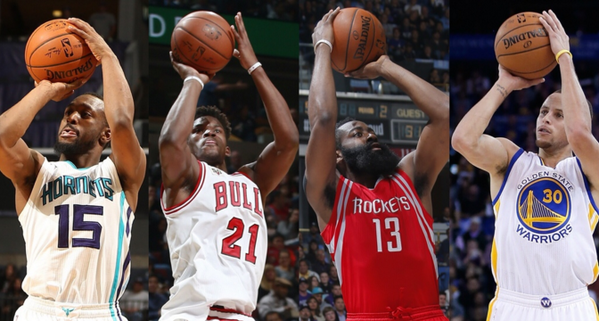 The Hornets lost their large lead in the fourth to let the Jazz back in it. It seemed like every time Charlotte started to pull away, Utah would answer with their own big shot. Such as Trey Burke’s corner three at the end of regulation which sent the game to overtime.

It was also an impressive night for Marvin Williams who finished with 19 points. The timing of his points though were crucial, as he knocked down clutch three pointers and free throws to secure the game. 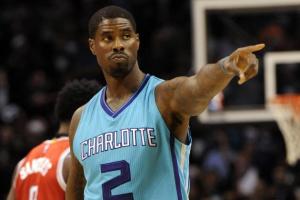 Gordon Hayward finished the night with 36 points and 9 assists. Although he made a crucial mistake at the end of double overtime, when he stepped out of bounds while attempting to shoot the potential game tying three. Gordon was almost a Hornet back in 2014 when the team signed him to a 4 year, 63 million dollar deal. Hayward stayed in Utah though due to the Jazz matching the offer on the restricted agent.

Looking ahead, the Hornets travel to Oklahoma City, Wednesday night to try and slow down the Thunder. The Thunder, led by MVP, Kevin Durant, and All-Star, Russell Westbrook, will be hard to beat as they have won eight of their last ten games. The last matchup between the two was earlier in the month, the Thunder took the game 109-90. Kemba was the high scorer that night with 32 points. 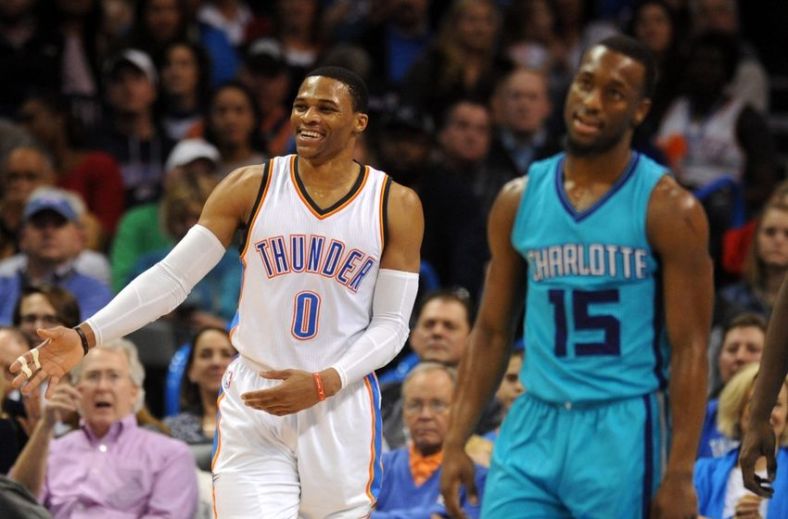 Also, good news for Hornets fans, MKG is back. Back to full contact practice that is. But that’s one step in the right direction in getting the defensive wingman back.