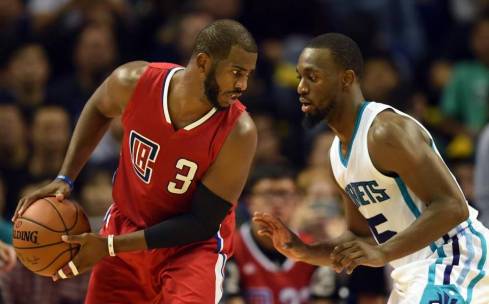 It’s that time of year again Hornets fans! The NBA season kicks off tonight with a primetime triple-header and a revamped Hornets team opens their season tomorrow night in Miami.

If the preseason is any indication of how this upcoming season will go, then the Charlotte Hornets are poised to contend for a championship. Maybe we’re getting a little ahead of ourselves, but after going 7-1 during the preseason, the fans are rightfully buzzing about an exciting brand of basketball taking shape for the 2015-2016 season.

The Hornets took a hard hit early on in the teams first game of the preseason, losing MKG for the season just after we had signed him to a contract extension and that tampered expectations for the season a bit. Instead of licking their wounds, the Hornets went on a tear by winning their first seven games of the preseason. And while its difficult to take too much from the outcomes of preseason exhibitions, it did show the progress resulting from an offseason of change in Charlotte.

The Hornets have added playmakers and shooters to improve on last season’s floor spacing disaster. The offense is more freewheeling and the ball movement is much improved from what we’ve seen so far. The additions of Nic Batum and Jeremy Lin have taken pressure off Kemba as the teams’ primary creator on offense, allowing him to play off the ball more on offense, and the early results are promising.

The Hornets played two exhibitions in China against the Clippers, winning both games as they blew out a team that is picked to be among the best in the Western Conference. They also pulled out an impressive win against the Pistons in a game where they had to put together a strong rally to come back in the closing minutes. It would be short sighted to look too far ahead based on the eight game sample we’ve seen, but it appears at first glimpse that Charlotte has made some strides after an offseason rebuild that saw roughly half of the roster turned over from last season.

Clifford tried a few different combinations in the starting lineup but appears to have settled on P.J. Hairston to start at small forward for the Hornets to start the season. This will be a huge opportunity for the second year forward as he struggled with his shot and consistency last season, at times finding himself in Clifford’s doghouse. Clearly, his ability to stretch the floor helps him out in this respect since the team is looking to spread the floor on offense this season, but Hairston is also being relied on to be a defensive stopper with the teams starting unit. 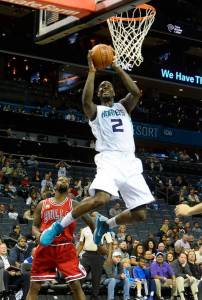 The answer of who will start at power forward, however, is not so clear-cut. Marvin Williams and  Cody Zeller are the candidates for the position and my guess is that Williams will be with the starting unit on opening night. Zeller has looked much improved in the preseason despite just coming off of shoulder surgery over the summer. He is going to the basket more aggressively and he has clearly worked on his shooting range, knowing that the teams’ goal this season would be stretching the floor. That being said, Williams offers the shooting range that Clifford wants out of his starting unit and, while he offers little else in terms of on court strengths, that may be enough for him to begin the season as the starter. Frank Kaminsky also figures to be in the mix at the position, but the rookie will have to earn his time on the court as Clifford is notoriously stingy with his rookie’s playing time. 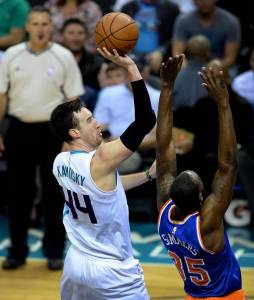 My favorite addition of the offseason was Jeremy Lin, and he certainly did not disappoint in the preseason, as he was easily one of the teams best all-around players on the floor. It appears that Lin may have found somewhere that really fits his game. In his previous stops in New York, Los Angeles and Houston, Lin was stuck on the floor with players that dominated the ball on offense, leaving Lin playing as a spot up or catch and shoot perimeter player. 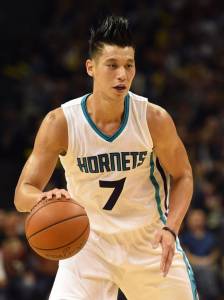 In Charlotte, there is no such player, which gives Lin more freedom to create plays with the ball in his hands. Clifford experimented with Lin in the starting lineup; and while he played well on the floor with Kemba, Clifford is rightly starting him as an option of the bench because of his playmaking skills and versatility to play both guard spots. Judging by his performance in the preseason, Lin might end up being a complete steal for the Hornets this year.

The Hornets will need to carry some momentum into the season as they open up with five of their first seven games on the road, mostly against playoff teams from last season. Charlotte has struggled out of the gates for the last two years so a strong start could go a long way towards building confidence and by setting a sustainable pace for the Hornets this year.

The Hornets home opener is this Sunday; a matinee against the Atlanta Hawks with a 2:00 tipoff time. The team will once again give away tuxedo shirts as another nod towards opening night for the inaugural Charlotte Hornets team of 1988.

In other Hornets news, the team has decided to place their D-League affiliate in Greensboro. This will give the teams younger players an opportunity to get more playing time and it will serve as the Hornets minor league affiliate, giving the team a legitimate system to evaluate players within a two hour drive from Charlotte. Greensboro was chosen from seven cities that were hoping to court the team and bested the other 2 finalist cities of Asheville and Fayetteville in a close battle executives said.

After an offseason of change in the Queen City, it’s time for the second coming of the new-era Charlotte Hornets! Waiting on Wednesday Hornets fans, until then, KEEP BUZZING!!! 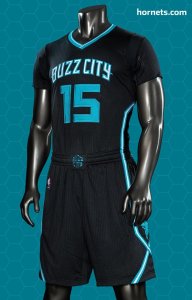 The Hornets will debut their alternate “Buzz City” themed uniforms this season.

$15 Crown Town Basketball Shirt FOR ONLY ONE MORE DAY!