Cam Newton and the unbeaten Panthers head south this week to take on the division-rival Tampa Bay Buccaneers. 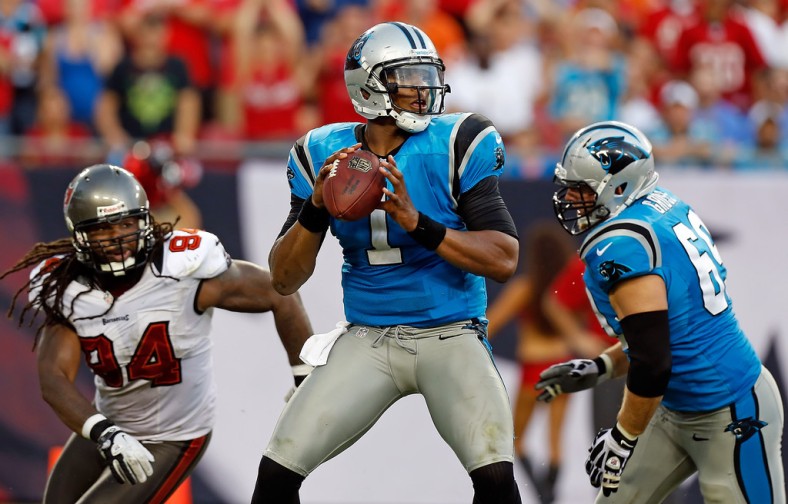 Coming off their first divisional win last Sunday that ended up closer than the stats would indicate, the Panthers now travel to Tampa to face the league’s number one overall pick, Jameis Winston, and the Buccaneers (1-2). The Bucs have still yet to pick up a home win under head coach Lovie Smith and will be looking to do so against a Panthers team that continues to accumulate injuries.

With Luke Kuechly (concussion) officially out another week, and DE Charles Johnson (hamstring) now out until at least Thanksgiving, Carolina will need rookies and role players alike to step into larger roles to maintain it’s #7 defensive rank.

Expect more snaps from rookie linebacker Shaq Thompson this week, who’s seen increased playing time in every game thus far, and continues to impress. With Thomas Davis now listed as Probable with a shoulder injury, Thompson may even see a full slate of starter work – which is unusual for a player making the conversion from running back. He continues to learn at a fast pace however, making several crucial stops against the Texans and Saints that called for veteran instinct at the position. 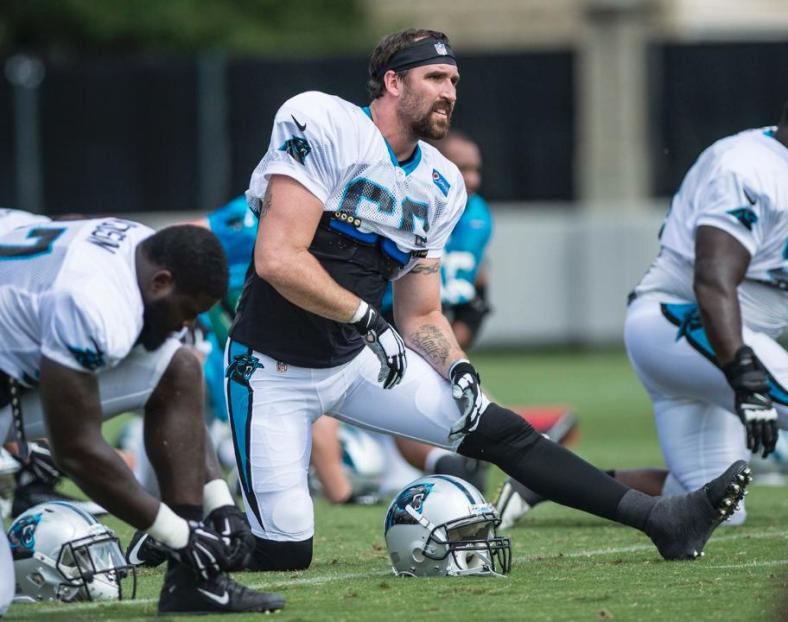 Also look for newly acquired DE Jared Allen to jump into the rotation right away, hoping to help a defensive line that’s underwhelmed through 3 games. Although he just flew into Charlotte to join the team at practice this week, a pass-rusher as achieved as Allen is in a plug-and-play situation – as Ron Rivera noted in his post-signing press conference.

Impact players Josh Norman, Jonathan Stewart, Mike Tolbert, and Charles Tillman are all listed as probable as well heading into Sunday, all of whom practiced in full on Friday and will likely see their full allotment of snaps. Here’s the full injury report, from Panthers.com:

Josh Norman continues to make a strong case for an All-Pro season, which I’ll dive further into later, but this week he’ll line up across from the biggest and most physical-styled receiver he’ll have seen so far this year. Mike Evans, while showing some rust coming back from a hamstring injury, still managed to top 100 yards last week in Houston, and Jameis Winston has shown an immediate trust in his top pass catcher, targeting him 17 times in the 19-9 loss to the Texans. He’s been a dominant force in the league since the Buccaneers selected him in the first round last season — and along with Odell Beckham Jr, a large part of why Kelvin Benjamin’s thrilling rookie campaign flew largely under the radar.

Newton’s publicist has no doubt had a great workweek, while the quarterback has graced every national media outlet – for things other than sideline towel vogue. After leading Carolina to a 3-0 start, and commanding the offense both on the ground and through the air, he’s built himself a solid case in the early-season MVP race.

Now — before Charlotte reads this and anoints him the best in the league, let’s objectively acknowledge that Aaron Rodgers and Tom Brady are playing on a different level right now. But there is no quarterback in recent memory that has done more with less around him. However you’d like to frame it, he is in fact in the conversation and proving to be worth every penny of his newly-signed extension. Here are a few excerpts describing his impact through 3 games:

“Yes, the defense — which ranks seventh overall — has played a large role in the team’s success. But the fact is, Newton has basically been responsible for all of the Panthers‘ offense, generating 76 percent of their offensive yards — 792 of 1,044 — and seven (five passing, two rushing) of their eight total touchdowns. Despite the lackluster receiving corps, they rank a respectable 16th in total offense. And I think the Panthers’ 100 Million Dollar Man has proven himself to be the most valuable player in the NFL”

“Of all the 3-0 teams, to me, the most impressive is Newton’s Panthers. He has gotten to 3-0 with maybe the least amount of offensive talent around him in all of football… Most importantly, the guy who was supposed to be a fake-smiling snake has become one of the best human beings in the sport. He has displayed the leadership skills of an Aaron Rodgers or a Tom Brady—yet at times, outside of Carolina, he still hasn’t been recognized for it.”

“There are few quarterbacks better at spinning beauties than Cam Newton when he’s protected well. He won ugly in the first two weeks before a terrific outing against the Saints. New Orleans’ ball control offense limited Newton to only three first-half drives, yet he calmly abused Brandon Browner and the Saints‘ secondary when given the chance. Newton was dominant deep all game. It’s a great sign the Panthers kept throwing the ball with the lead in the second half.”

I’ll say again that if everything continues as it does for 13 weeks (which almost never happens in the NFL), the MVP award is truly a two-horse race between Rodgers and Brady. But Newton is playing his best football of his career, which is great to see at a time when the Panthers Super Bowl window is beginning to open. There are two types of teams in the NFL: Those who have a viable franchise quarterback to rely on, and those who don’t – and the Panthers surely won’t find themselves in the latter for a while.

While Carolina plays Tampa twice each year, the Buccaneers haven’t actually faced Cam Newton since 2013. In their two meetings last season, Newton sat out with unrelated injuries – and watched Derek Anderson throw for a combined 507 yards and 3 touchdowns, en route to 2 critical wins.

The second came in December, amidst a 5-game Carolina winning streak that ultimately led to a 2nd straight division title, and first playoff win of the Rivera/Newton era. The Panthers have won the last 4 in their series with Tampa, and 6 out of the last 8. And let’s not forget, 2 of Cam Newton’s most exciting career plays have come against the Buccaneers: