Coming into the 2015-16 NBA season, there are a lot of fans in Charlotte who are buying into the hype of a 7-1 preseason and a team that looks like it will be fun to watch this year. However, looking at the improvements that a lot of other teams in the Eastern Conference have made over the offseason, I for one am very skeptical of how this season will turn out and have a hard time seeing this collection of players sneaking into the playoffs.

My first concern, which should be obvious to most fans, is the loss of Michael Kidd-Gilchrist for the year. In an offseason that saw MKG sign a 4-year $52 Million extension, there was a ton of excitement about keeping a 21 year old elite defender on the team to build around going forward. That is why it was such a bummer to see him tear his labrum in the first preseason game of the year. Not only is he an elite defender on the perimeter, he is one of the most efficient rebounders at his position.  He is also a very good athlete who can get to the rim on the offensive end. In 2014-15, Hornets fans were stoked to see his jump shot improving. Outside of 10 feet, his first two years he shot 28% and 27%, but last season that number jumped up to 40%. Now he still has a way to go, but seeing such a big jump is a positive sign going forward. He also led the team in fast break points per game and ranked among the best in the league at cuts to the rim that generated points. The most staggering stat is that the Hornets were 27-28 with MKG in the lineup, and 6-21 without him last season. All that being said, the loss of MKG is massive and will really hurt the team on both ends of the floor.

Some will point to the addition of Nic Batum during the offseason as a reason to not be too skeptical about the loss of MKG.  I do believe the addition of the former Trail Blazer will be a positive one and will make the most impact of any acquisition the Hornets made during the summer. He had a down year last season, only shooting 40% from the field and 32% from 3 (career averages of 46% and 36%), but he was banged up last season.  In a contract year, I expect him to get back to his normal form. I also expect him to be more aggressive than in years past in Portland, where he was the 4th option behind Aldridge, Lillard, and Matthews. In Charlotte he will be a much bigger focal point offensively, and he will still bring it as an elite defender on the perimeter.

Coming into the season, Steve Clifford had hoped to play MKG and Batum together at shooting guard and small forward, but with no MKG, who does that vault into the starting lineup?

PJ Hairston. This is a GIANT red flag for me. PJ was very shaky as a rookie, both on offense and defense. When I say the name PJ Hairston, what basketball skill comes to mind? Three point shooting correct? Well PJ only shot 30% from and 32% from the field. When your one quantifiable skill that got you into the NBA is shooting, and you can’t shoot, that is what I call a problem. Watching the summer league games, he didn’t perform well either. If you are an NBA starter, and you can’t even perform at a mediocre level in the summer league, that isn’t ideal. PJ is also a below average defender, which isn’t good when you are also below average on offense. Now I was never the biggest Gerald Henderson fan, but one thing he did was bring it every night on both sides of the ball. That is something I have yet to see from PJ, but I would love to see him take a step forward this season now that he is in a bigger role.

My next concern would be the wings on the bench. Jeremy Lamb and Troy Daniels have proven basically nothing in their NBA careers to this point. Jeremy Lamb is in the same boat as PJ. Known as a shooter, but doesn’t shoot at a high percentage at only 34% from 3 for his career. Troy Daniels has been a very good shooter for the small amount of meaningful playing time he has had in his career (39% from 3), but he is only 6’4 so he is a small shooting guard and even smaller small forward. Jeremy Lamb is also only 6’5, so I am unsure who is going to be the backup small forward when Batum is off the floor. Coach Clifford seems to be of the opinion that Marvin Williams is a power forward and not a small forward, which eliminates him from backup small forward. I do believe that there will be stretches each game where Kemba and Jeremy Lin are on the floor at the same time at both guard spots, but I need to see Lamb and Daniels prove it before I actually think they will be positive bench contributors.

The bench big men are also quite confusing since they don’t seem to have a lot of variety. Assuming Cody Zeller starts at power forward, you will be looking at Marvin Williams, Frank Kaminsky, and Spencer Hawes as your backup big men. All of them are below average defenders, none of whom can protect the rim. Sure they can shoot a little (which is nice since the 2014-15 Hornets were dead last from 3), but their skills overlap, and that will be a layup line for other teams. This is why losing Bismack Biyombo was a bigger deal to this Hornets team than it would be for most teams. For all of his offensive liabilities, he was a great rim defender; and when he was on the court, opposing teams knew it. Cody Zeller is now the best rim defender on the team, and even he is maybe only average at best. With no MKG stopping people on the perimeter when other teams get into the paint, it will be an issue. Now a lighter and more nimble Al Jefferson should help the interior defense, but he still is a liability on the defensive end.

I believe a valuable edition to the team is Jeremy Lin. Watching Jeremy in Los Angeles he was used incorrectly. Jeremy’s biggest skill is as a pick and roll ball handler. Steve Clifford loves some pick and roll, and I’m sure when Lin is on the floor there will be a heavy dosage. Pick and Roll with Al and Cody, and pick and pop with Kaminsky, Hawes, and Williams should be a very effective offense when the team needs a bucket. Plus, with the addition of Batum and Lamb on the wings (in theory), there should be more spacing for the pick and rolls to operate. 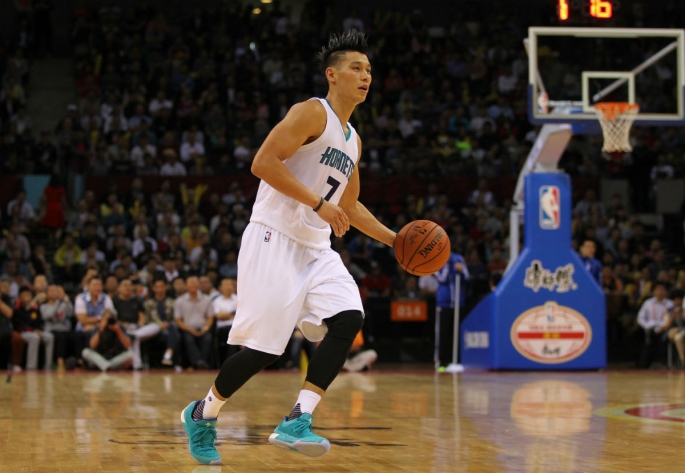 I hope this season Coach Clifford does a better job offensively and closing games than he did last season. In his first year as coach of the Bobcats, Steve Clifford did a great job of taking a talent challenged team to the playoffs. However, last year he didn’t do as well. I do think a lot of this has to do with talent on the floor (looking at you Rich Cho), but this 2015-16 roster has a lot of money invested into it. I think if this team gets off to a slow start, he could be on the hot seat. He is a very good defensive coach, but this season he needs to be better offensively with more offensive minded players on the roster.

I also would expect Al Jefferson to get back near his 2013-14 All-NBA form after a step back last season. He lost roughly 20 pounds in the offseason by cutting out fried chicken, and I think this will help his career trajectory now that he is into his 30’s. He should stay healthier this season, which is a positive because this team takes a massive step back on the offensive end with him off the court. I hope the weight loss also helps him move better on the defensive end because he is a below average defender who often gets targeted by other teams. He is also in a contract year, and at 30 years old he will want to play well to earn one last big deal.

Overall, I feel that the biggest thing that will hold back this team is not having MKG. He is an invaluable asset that, on this team, cannot be replaced. With MKG, I think this team could have competed for the 7th or 8th seed in the East; but without him, I think this team is somewhere between 28-34 wins, and back in the lottery again. In a division with Atlanta, a healthy Miami, Washington, and up and coming Orlando team, I have a hard time seeing this team really put everything together to sneak into the playoffs (I hope they prove me wrong).